At my office, our HR director had all the employees do the Clifton StrenthFinder project.  My top strength is “Includer.” An include is described as:

“You want to include people and make them feel part of the group. In direct contrast to those who are drawn only to exclusive groups, you actively avoid those groups that exclude others. You want to expand the group so that as many people as possible can benefit from its support. You hate the sight of someone on the outside looking in. You want to draw them in so that they can feel the warmth of the group. You are an instinctively accepting person. Regardless of race or sex or nationality or personality or faith, you cast few judgments. Judgments can hurt a person’s feelings. Why do that if you don’t have to? Your accepting nature does not necessarily rest on a belief that each of us is different and that one should respect these differences. Rather, it rests on your conviction that fundamentally we are all the same. We are all equally important. Thus, no one should be ignored. Each of us should be included. It is the least we all deserve.”

If that is true about me, is it any wonder that I believe it is horrible for government to discriminate against gay couples who are lawfully excluded from obtaining the same benefits through committing to each other that straight couples have?

That is why I am very happy today’s vote by the state Senate was a vote for equality in marriage.  Everybody who wants to marry, can be included.

A lot of people in my district were surprised when Rep. Pat Garofalo (R-Farmington) voted to support the law in the state House.  I actually wasn’t.  I’ve been following Pat Garofalo for years, and I don’t believe he was against gay marriage when he voted to put the amendment on the ballot in 2012.  I just don’t think he had the political guts to stand up the way John Kriesel did.  And I called him out on that before the vote, urging him to vote what he believed, not what was good for him politically.

This time he voted for freedom, and I thank Rep. Garofalo.   And well I commend him, I am proud that the Minnesota DFL took the initiative to tackle this subject despite the impending threat by Republicans that this will divide the state like nothing since the Civil War.  That is absurd!  Anybody who follows politics today knows that topics no longer hold for more than a few months.  Where was the TEA Party in 2012?  Divisive issues holding for decades are a piece of history in politics.  People care about right now almost exclusively, and let’s face it, very few of us are going to be affected by gay marriages, other than a lot of people are going to be buying a bunch of wedding gifts soon.

This will pass and be a nonfactor in 2014.  Sure Republicans will try to use it as an issue, and I certainly hope they do, because it will carry very little weight?  I’m sure Rep. Garofalo will have a challenger, but really what’s the point?  He simply voted to let people make their own life choices without government limiting their abilities to do so.  Isn’t that what conservatives want?  That idea of letting people “make their own life choices” is why I find it funny that Sen. Dave Thompson (R-Lakeville) who regularly uses the term “nanny state” to describe Minnesota laws, voted to let our Minnesota government continue to make the decision for citizens about who they can or cannot marry.  Do you agree that is hypocritical?

As Sen. Thompson and his nanny state hypocrisy embarks on a run to try and defeat Gov. Mark Dayton, I am thankful that Gov. Dayton also supports this legislation, and that two of the three people who represent me in State government said yes to this bill giving people more freedom.  Thank you Gov. Dayton and Rep. Garofalo!  Hopefully Sen. Thompson will make a better choice next time when he is forced to choose between what he says he believes, and what he believes will work best for him on the floor of the Republican State Convention.

While Minnesota is controlled by DFLers, across the border in Wisconsin, Republicans recaptured total control.  With two states that are so similar, what is the difference? One word, gerrymandering.

Gerrymandering has always been a tool to maintain power, and Wisconsin in 2012 is a prime example.  That’s why Minnesota needs to eliminate one party’s ability to gerrymander, and instead establish a fair and nonpartisan board to redraw district lines after the census every ten years.

Establishing a nonpartisan board would eliminate a lot of useless chatter, eliminate a lot of wasted time legislators should be working to make Minnesota better, and ultimately save taxpayers money.  So many Republicans used the phrase” it is just common-sense” to pass voter ID amendment.  That wasn’t common-sense, it was completely political and partisan.  If we change this procedure, neither side benefits from this, and neither side loses from this.  That is exactly what common-sense is.

Let your Minnesota legislators know that you want to take redistricting duties away from a political body and make it a nonpartisan practice.

How absurd is Jason Lewis?  He wrote an opinion piece for the StarTribune this weekend titled “Voter ID foes fought dirty to get a win.”  A more apropos title might be Voter ID defeated despite dirty political tactics of conservatives to get it on the ballot.

Jason Lewis is a whiner, and I am already sick of conservatives who two years ago told Democrats to stop crying about elections — that the voters will was done.  But this year, are blaming the amendments (placed on the ballot by Republicans,) blaming independents, blaming the Independence Party, blaming Kurt Bills and Mitt Romney. In the words of Ann Romney, stop it!

And this argument of dirty tactics? RUBBISH! You know what dirty tactics are? Placing an amendment on the ballot to drive voters to the polls because you know you can’t win without it.  Another dirty tactic, changing laws to make it harder to vote, not easier.  That is dirty.  How about what one Farmington Republican told me: at least if the marriage amendment is on the ballot, liberals will spend all their money to defend gays and a Voter ID bill will pass easily, which only helps Republicans in the future. Has Brodkorb enlightened us on that tactic yet?  Was that rationalization his own, or did he get that idea from his state Senator, Dave Thomspon, who helped craft the ballot language on one and authored the other?  How slimy.

Two years ago all we heard was that elections have consequences.  Well elections have consequences still.  Do you know what else has consequences?  How you govern, how fairly you treat people, how you solve problems (can you say Republican government shutdown,) and how little you get done in the legislature.  2010 was a lucky break for Republicans because of Obamacare and the economy. 2012 was a realization that dirty politics, divisiveness, and gridlock come from one party far more than the other.

At the DFL convention in Rochester on Sunday, the DFL officially voted to reject the Republicans’ Marriage Amendment that would formally place a form of discrimination against law abiding citizens into our State Constitution.

It is now an official stance for sample ballots and for DFL elected officials. For many of us, it was our official stance anyway, and this was simply an organization formality.  What makes me a DFLer doesn’t have anything to do with big government and raising taxes, as my Republican friends and family think.  Being a DFLer is about caring about people and our community, and the success of both.  I am a DFLer to build a stronger state and stronger families.

Today, I received a link to a “vote no” video that I really liked.  It isn’t an attack video filled with rhetoric, and it isn’t filled with scary music or huge red text of propaganda being stamped on the screen.  It is a simple and thoughtful family, discussing how the amendment really affects families.

I hope you will spend the three minutes to watch it.

Senate District 58 Republican Senator Dave Thompson is introducing an Anti-Muslim Sharia Law bill, at the Capitol on Monday.  Why exactly does he need to do that?  Are we really afraid of other Americans because they sometimes dress differently, or sometimes have a different color of skin?  It is 2012 not 1912 right?

I have to say that based on those few interactions I had with Dave Thompson in 2010 as his senate opponent, I thought he seemed fairly logical and pragmatic, and that he simply had a much for politically conservative view of the world than I did.  But, I was obviously wrong about him being a logical and pragmatic.  I think Dave Thompson might be one of those bigoted crazies who is scared of Muslims? It kind of blows his whole “he’s being logical” argument out of the water about Voter because he obviously isn’t logical.

Of course maybe this is just a ploy for something bigger.  If Dave Thompson is doing this dog whistle “Southern Strategy” anti-Muslim stuff, maybe he is running for president, and we just don’t know it.  You know, kind of like Dan Severson running for US Senate…   I read recently that full Sharia Law is really only in effect in Saudi Arabia and parts of Nigeria.  Most Muslim countries follow its principles with regards to banking, contracts, marriage and inheritance.  So, with a Sharia system of justice taking hold in only one and a half Muslim countries, why are Dave Thompson and all his extremist fear-mongering Republican buddies worried that it will ever take hold in Minnesota or in America?

Oh wait!!!  I see it now.  I said marriage in that last paragraph.  That’s it.  If people of the Muslim faith can use Sharia Law regarding marriage, what’s next?  Then gays can use their own “gay laws” to enforce rules!  Now the pieces of the puzzle are falling in to place.  This is all about Rick Santorum and his man-on-dog marriage fear.  Got it, make sense — oh wait, no it doesn’t.

Maybe the Senator from Lakeville needs to worry more about the promotion of business in Minnesota and families in Lakeville and Farmington who are still having their houses foreclosed on, instead of some dog-whistle, McCarthyist style fear mongering that appeals to the only those who have their thinking done for them by a Republican Party that has realized the only way they can actually keep winning it through fear and deception. 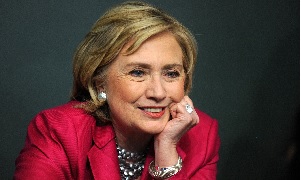 Marla Vagts for State House 58B

MNDem is a personal political opinion website. It is not affiliated with any candidate, organization, or the Minnesota DFL Party, regardless of the author's position, job or status.

Why I am a DFLer